The U.S. created a robust 223,000 new jobs in May to push unemployment down to an 18-year low of 3.8%, signaling that economic expansion still has plenty of steam. 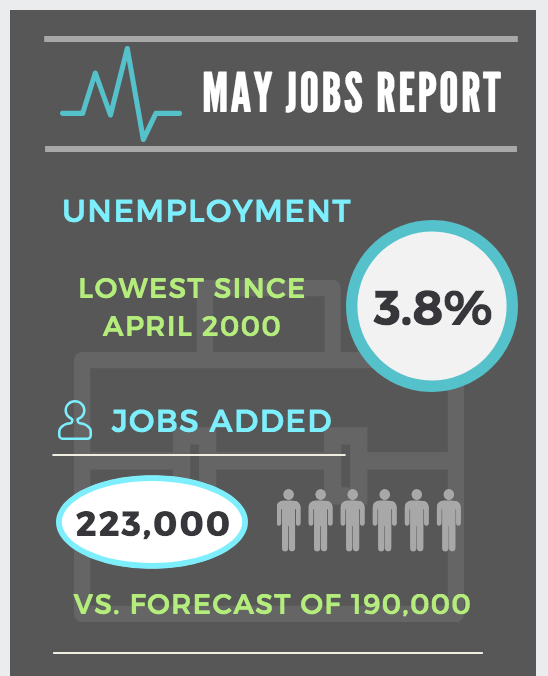 The increase in hiring — the biggest in three months — exceeded the 190,000 forecast of economists polled by MarketWatch.

By and large, the reported showed an economy with plenty of vigor. Most industries added jobs and worker pay increased at a somewhat faster pace.

The unemployment rate fell again to the lowest level since April 2000 as more people found work. The last time the jobless rate was even lower was in 1969.

Steady hiring by construction and manufacturing companies is particularly surprising. They are the among the industries that have complained the loudest about a shortage of skilled workers. Record job openings, an uber-tight labor market and growing complaints about a labor shortage still aren’t leading to big pay raises most employees, but wages are rising gradually.